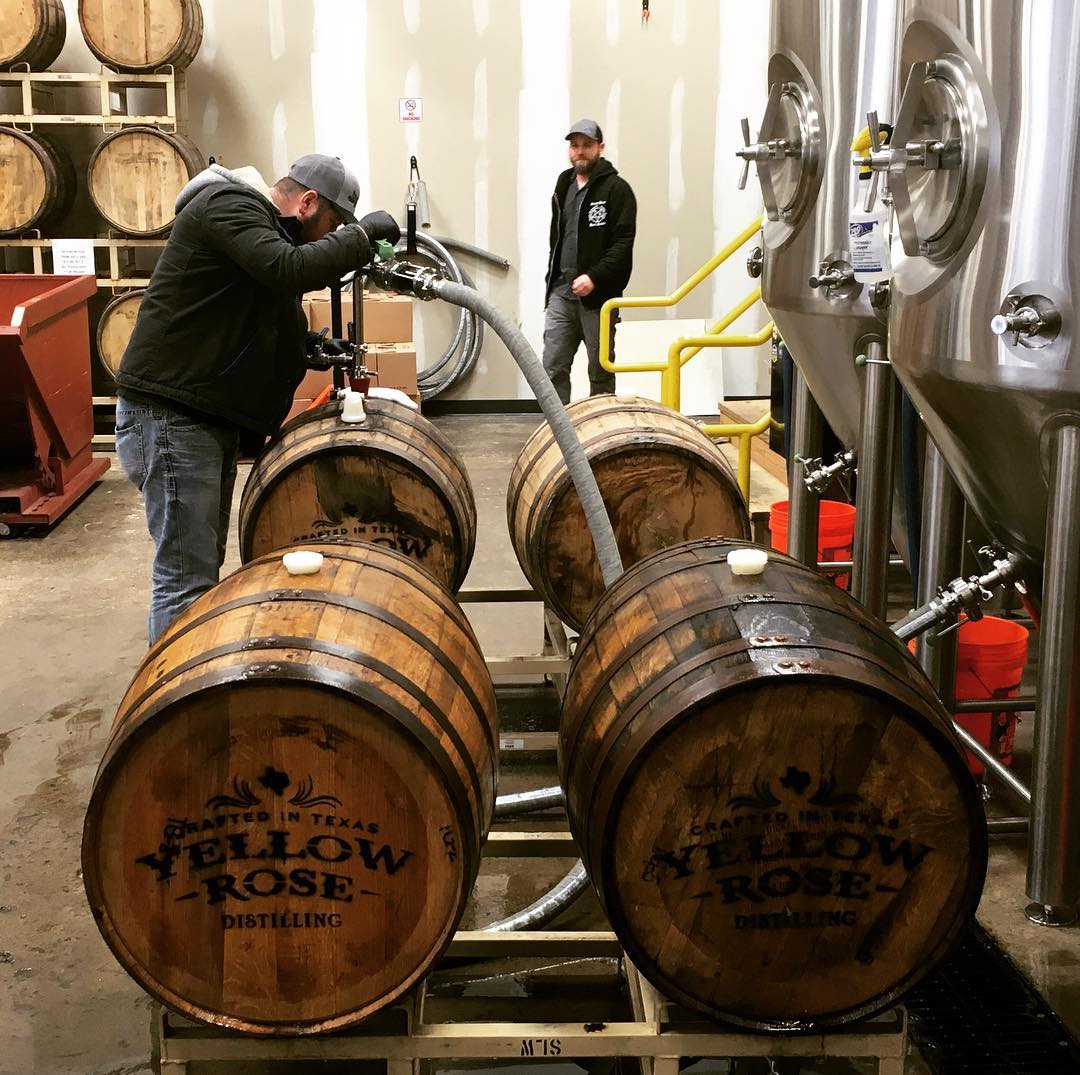 The craft beer craze has gripped the nation, and craft breweries have quadrupled in number in the past five years, according to the Brewers Association. Texas, the state that practically defines “go big or go home”, has seen a steady increase in brewery openings since the craft beer scene broke ground here, with more than 100 breweries opening since 2013. Currently, Texas ranks 8th in the country in the total number of craft breweries.

Houston is home to some of The Lone Star State’s original craft breweries, boasting some of the finest beer in the nation, if not the world. Each brewery has its own unique take on the beer, food, and fun being served. Take some time to tour, taste, and enjoy Houston’s finest selections of craft beers and choose your favorite. 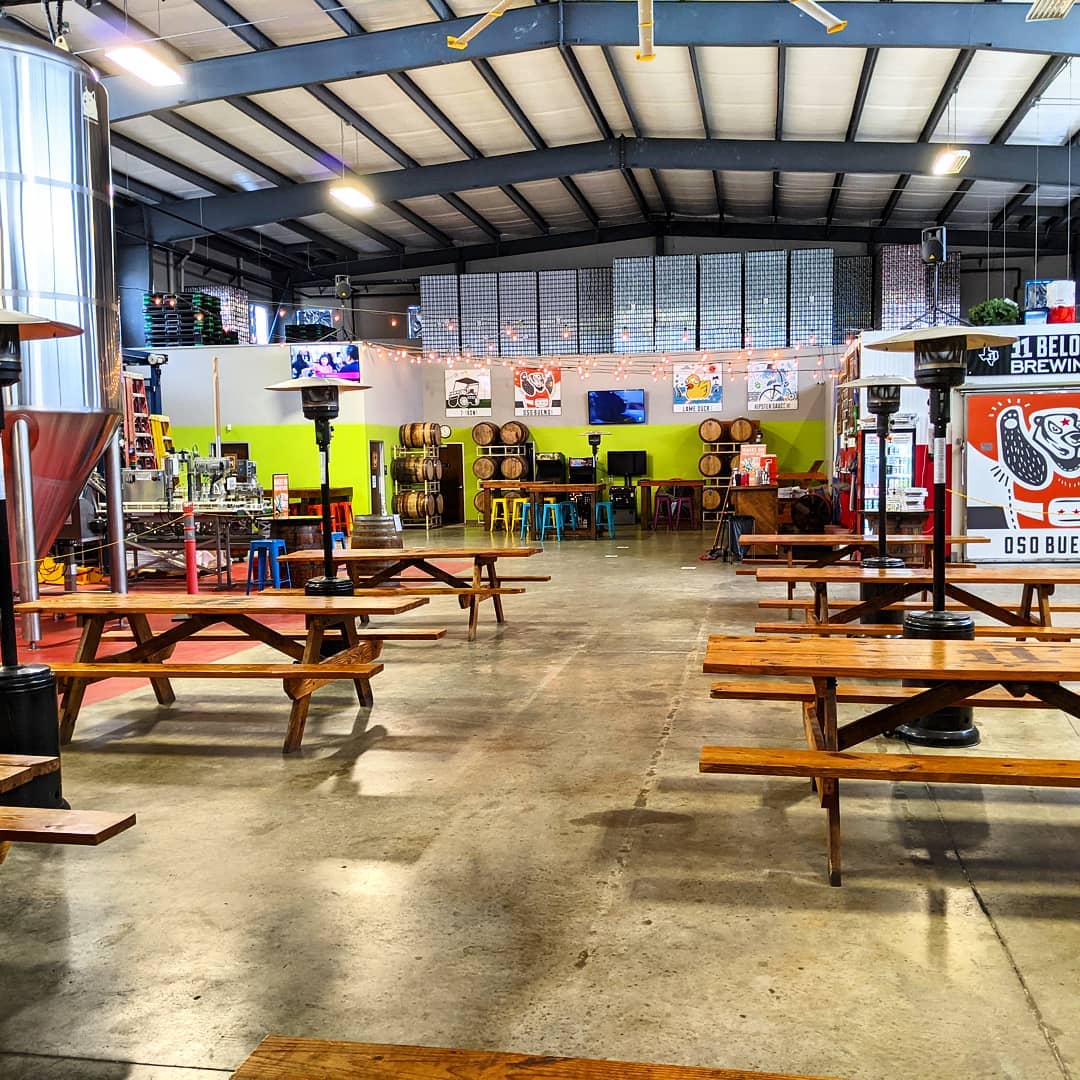 This nondescript north Houston brewery is a seemingly hidden gem, situated among distribution warehouses in the Willowbrook area since 2015. The family-friendly atmosphere includes a quaint beer garden. Staples on tap include a few year-round favorites like Lame Duck (an American Pale Ale) and Hipster Sauce (an IPA) as well as rotating seasonal brews. 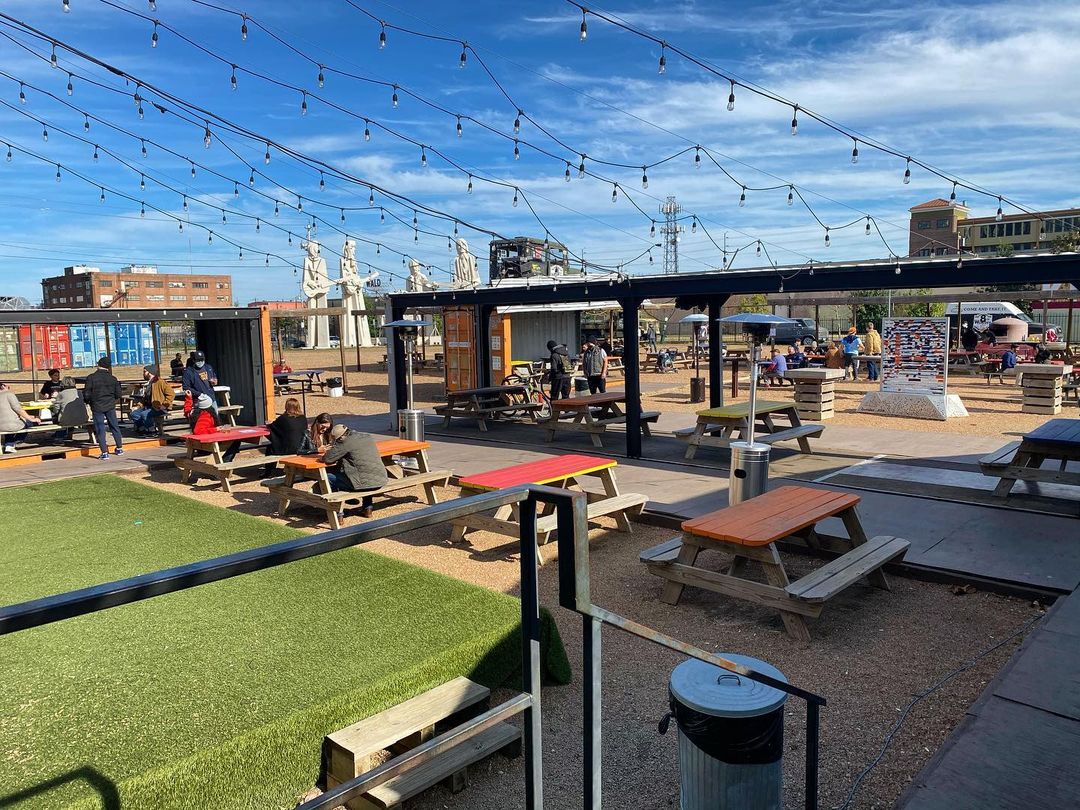 When you’re namesake is a Houston icon, your craft should rightly pay tribute, and 8th Wonder doesn’t disappoint. Named after the Astrodome, this location is all about the Houston vibe since 2013. With more than 25 original drafts created in honor of Houston culture, 8th Wonder is ideal for sports fans – who tend to fill the one-acre beer garden before local sporting events. Consistent top picks include Rocket Fuel, a Vietnamese coffee porter, and Dome Faux’m, a smooth, cream ale. Take advantage of great bites from the Eatsie Boys food truck, on-site daily. Located just east of Downtown (EaDo, if you’re Houston-savvy). No visit is complete without a few selfies featuring the larger-than-life Beatles sculptures and the landmark “We Love Houston” sign. 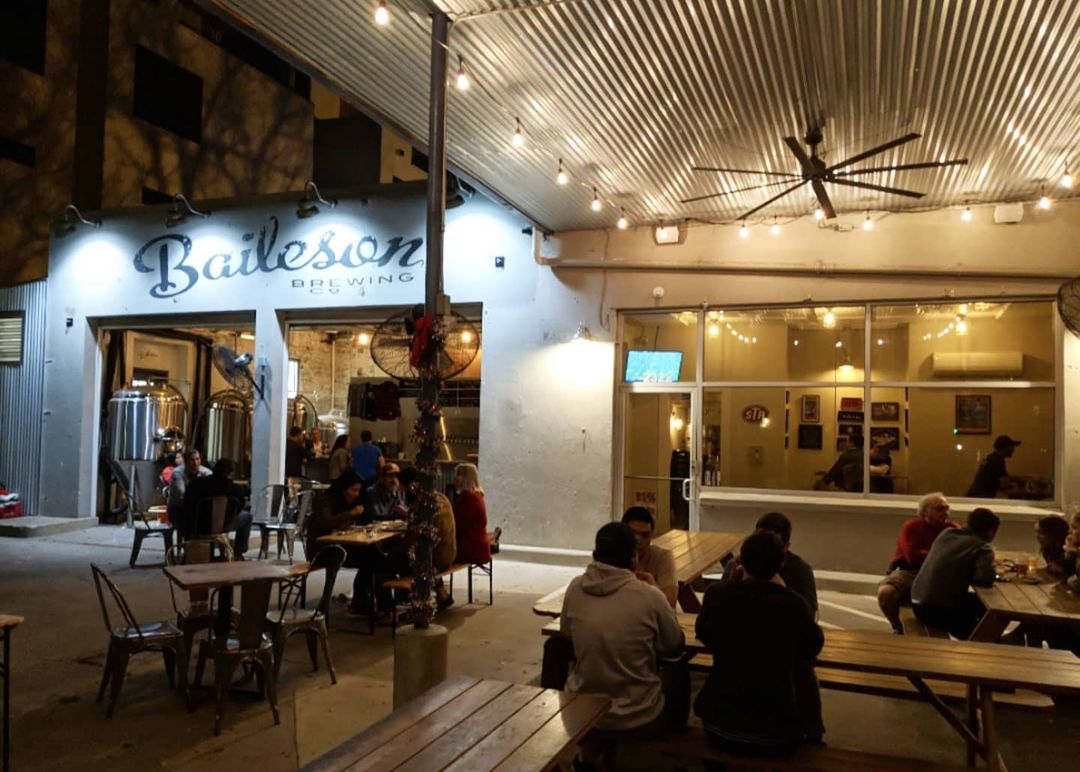 This neighborhood brewpub is situated near the Rice Village area, serving up hand-crafted, small-batch brews since 2017. New brews debut regularly from the founding husband-and-wife duo of Adam Cryer and Sarah Pope, who named this passion project after their dogs Bailey and Jameson. Signature beers include the Masinghorn IPA, boasting a crisp, citrus flavor. The brewhouse and taproom are housed in a 1,600 square foot building that once operated as an auto-service station. Food trucks and pop-ups regularly offer assorted culinary options on-site. 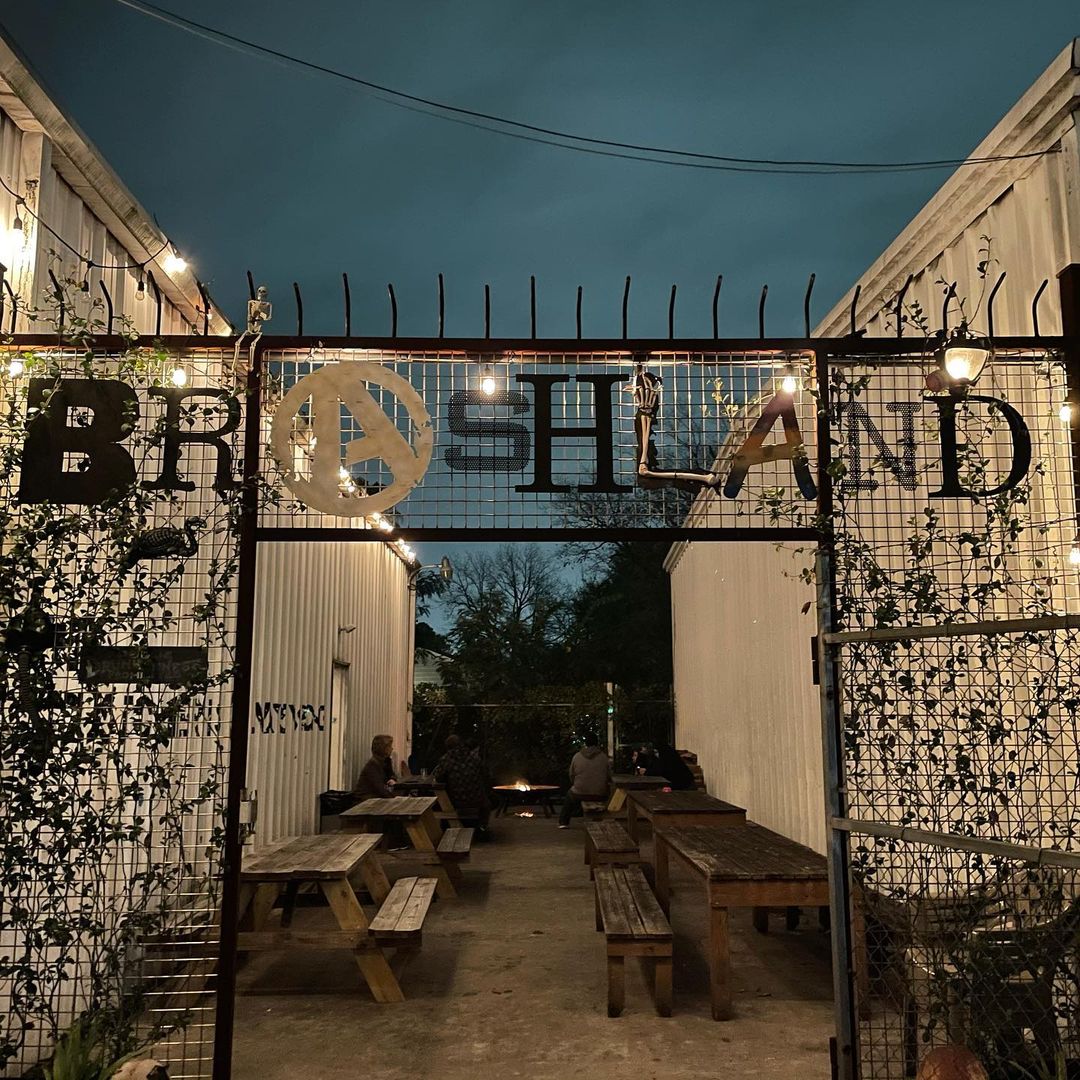 An open industrial-style building hosts more than just some of the best beer in Houston. Heavy metal and arcade games fill your time while bold imperial stouts like Smoglifter, Vulgar Display of Power, and Hammer Smashed Face fill your belly. 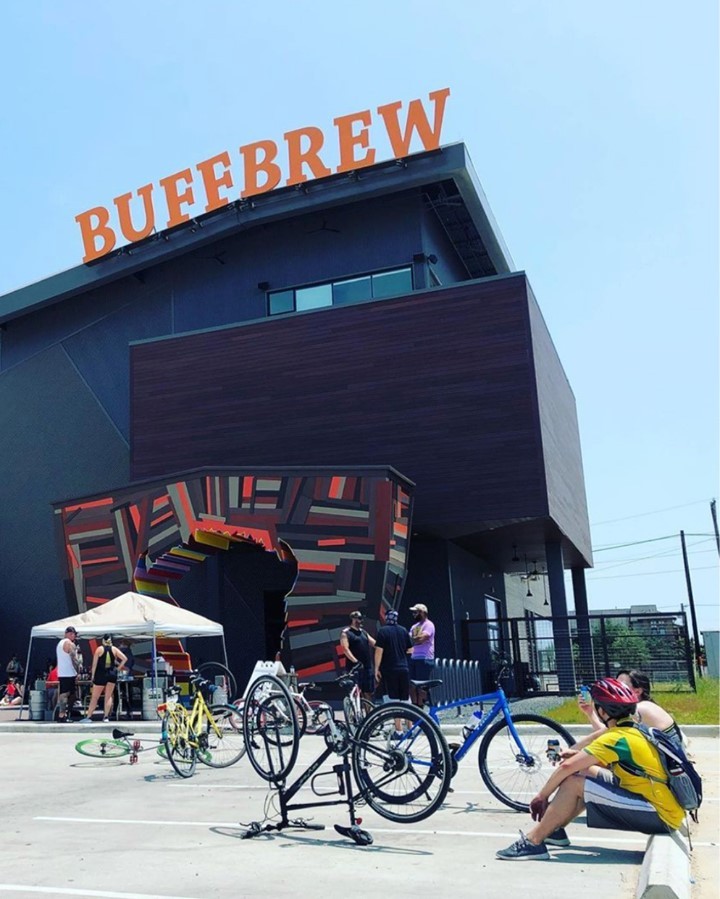 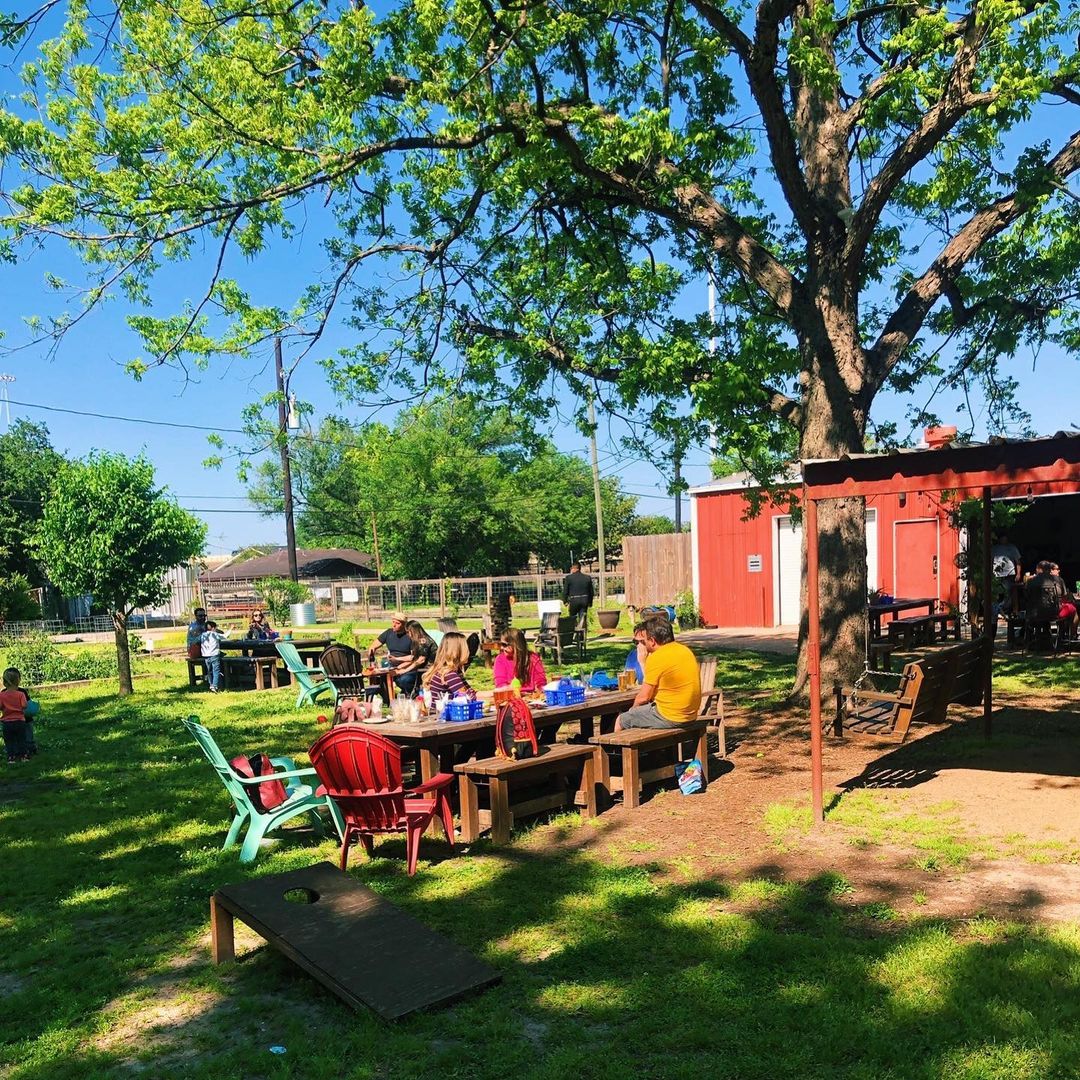 This fun, outdoor brewpub is located on an acre of land just north of Downtown Houston. Founded in 2016, City Acre Brewing keeps a rotation of ten beers on tap, including standards and specialties. The atmosphere is trendy and casual with a fire pit, outdoor games, and more than 60 gardens that yield ingredients for the tasty dinner and brunch menus. 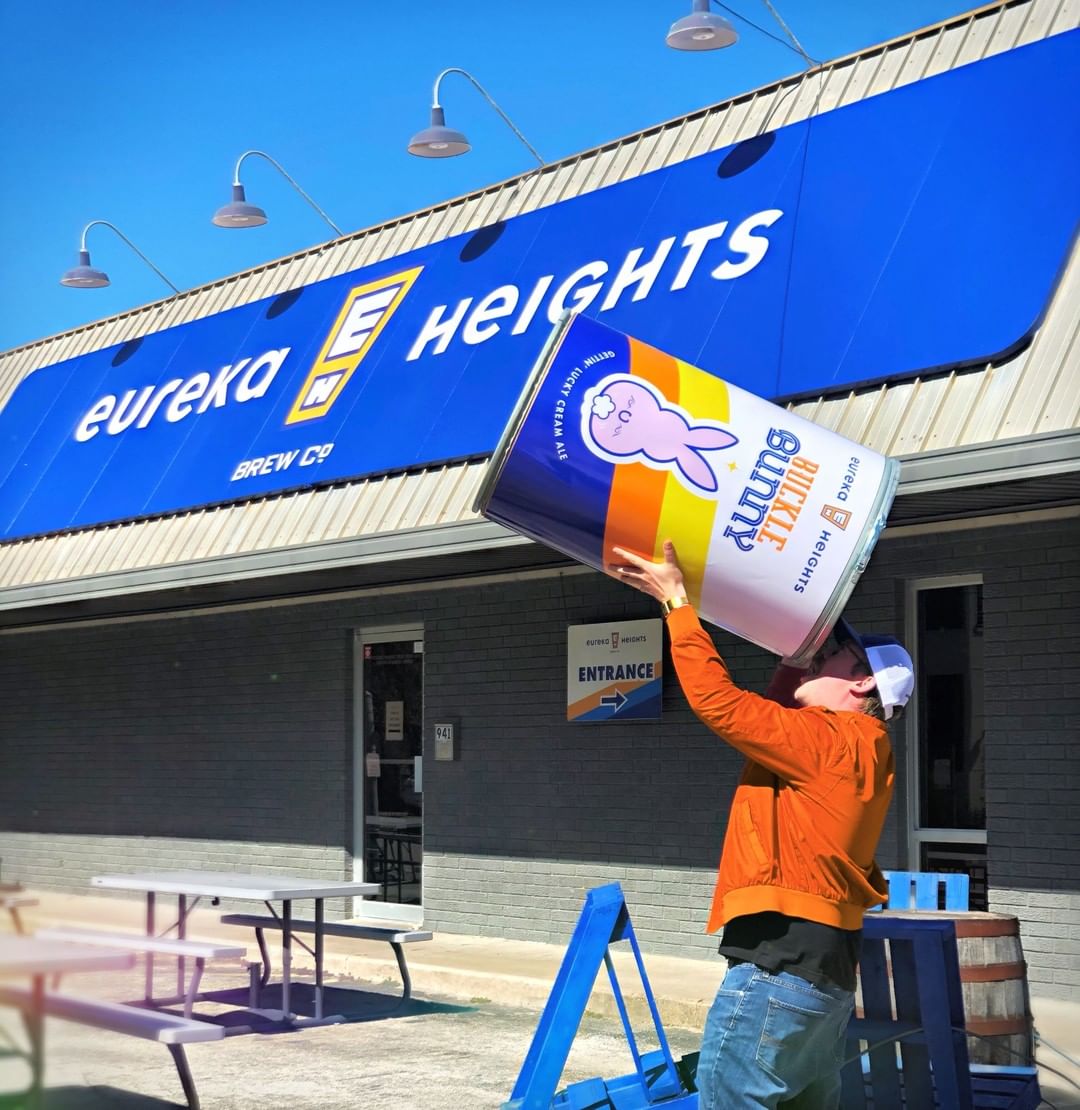 With everything from food trucks to signature craft brews, Eureka Heights Brew Co has been filing mugs and spreading smiles since 2016. Housed in a former food distribution warehouse, Eureka Heights offers a unique industrial space filled with beer, food, and fun for all – including trivia nights! Highlight beers include Buckle Bunny Cream Ale, the Mini Boss IPA, and the Moo Caliente, a milky stout with a kick! 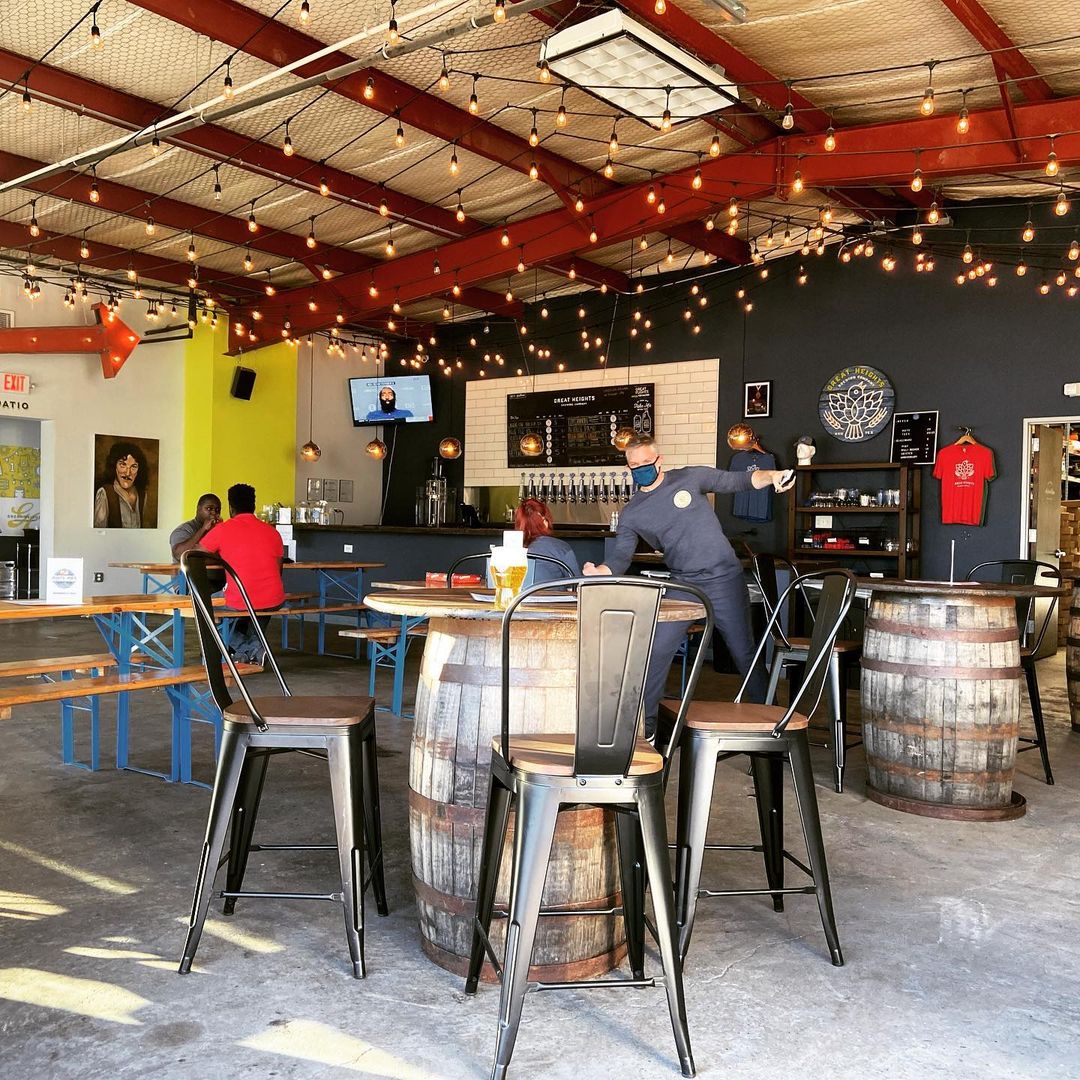 Located in the Garden Oaks / Oak Forest area with a casual atmosphere, everyone finds themselves at home at Great Heights Brewing Company. Known for their signature, hoppy/hazy IPAs – like the New England-esque Fruity Pellets – they also have a respectable selection of lagers, stouts, and ciders to consider. Nothing goes better with a nice cold beer than a hot slice of pizza which can be purchased at the ever-present Purple Flour Pizza truck -a reliable fixture just outside the brewery. 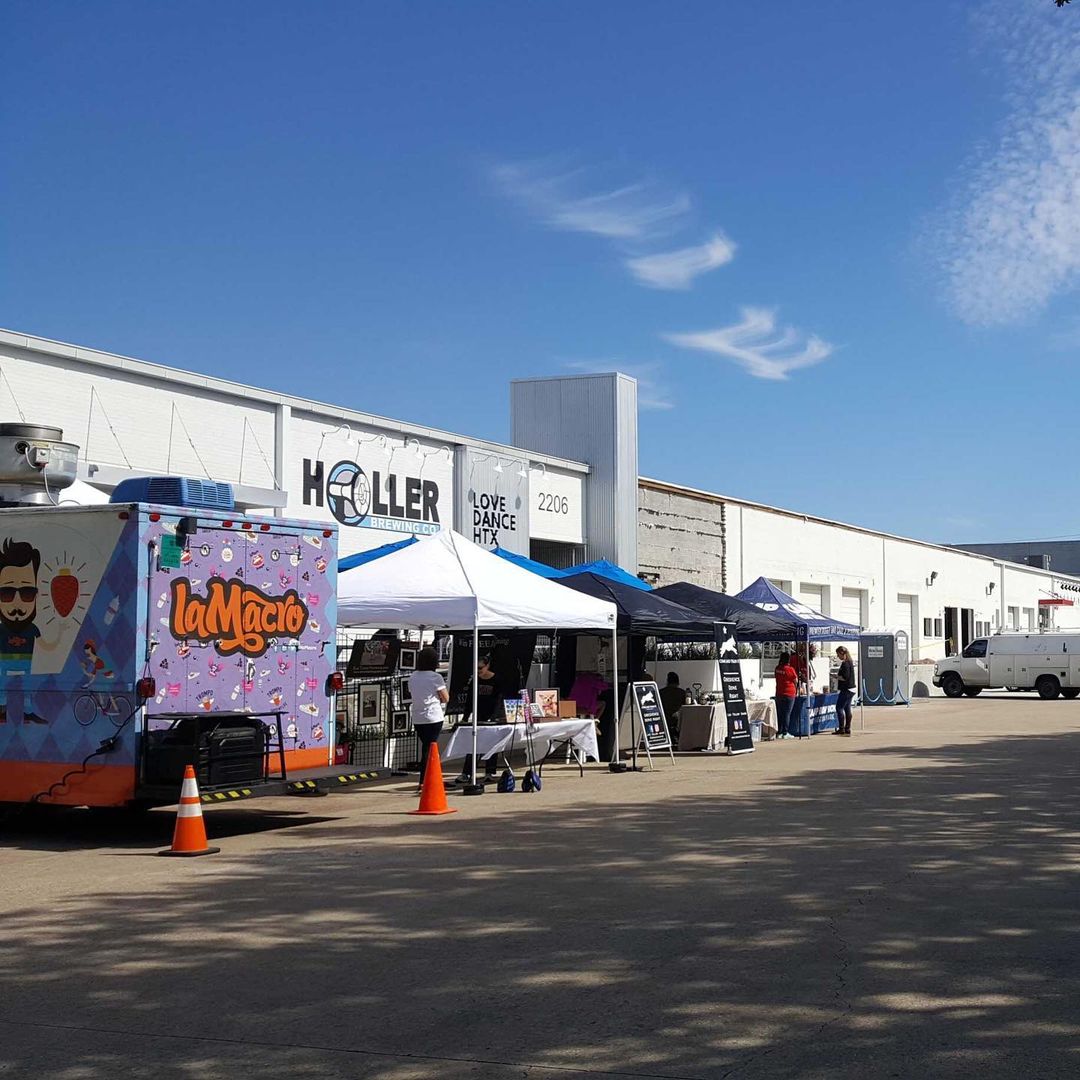 Kathryn and John Holler are the proprietors of this unique brewery in Sawyer Yards, featuring a rotating selection of some of the finest beer available for the true aficionado. Their ESB won the Great American Beer Festival bronze medal in 2017, but the selection certainly doesn’t stop there. Try local favorites like Dollar Pills Y’all – a German-style pilsner, or the abbey-inspired Belgian Tripel. Food trucks are available on weekends and there is plenty of indoor taproom and outdoor patio seating available, with unparalleled views of the Houston skyline. 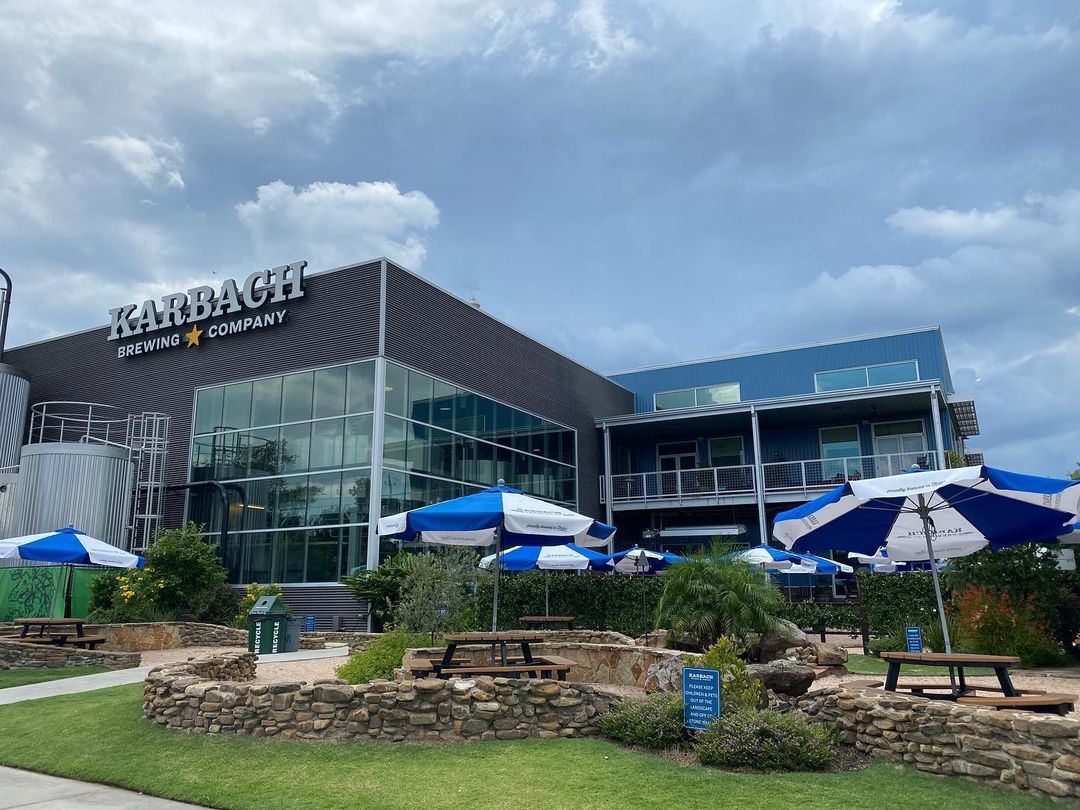 Great food, cold beer, and live music make Karbach Brewing Company a perfect place to just hang out and unwind. Everyone is welcome at Karbach Biergarten, including your four-legged friends, and the selection of craft brews is positively unbeatable. With offerings such as Hopadillo and Rodeo Clown IPAs, Weekend Warrior Pale Ale, and Love Street Kölsch Blonde, there is certainly a taste for everyone’s palete. 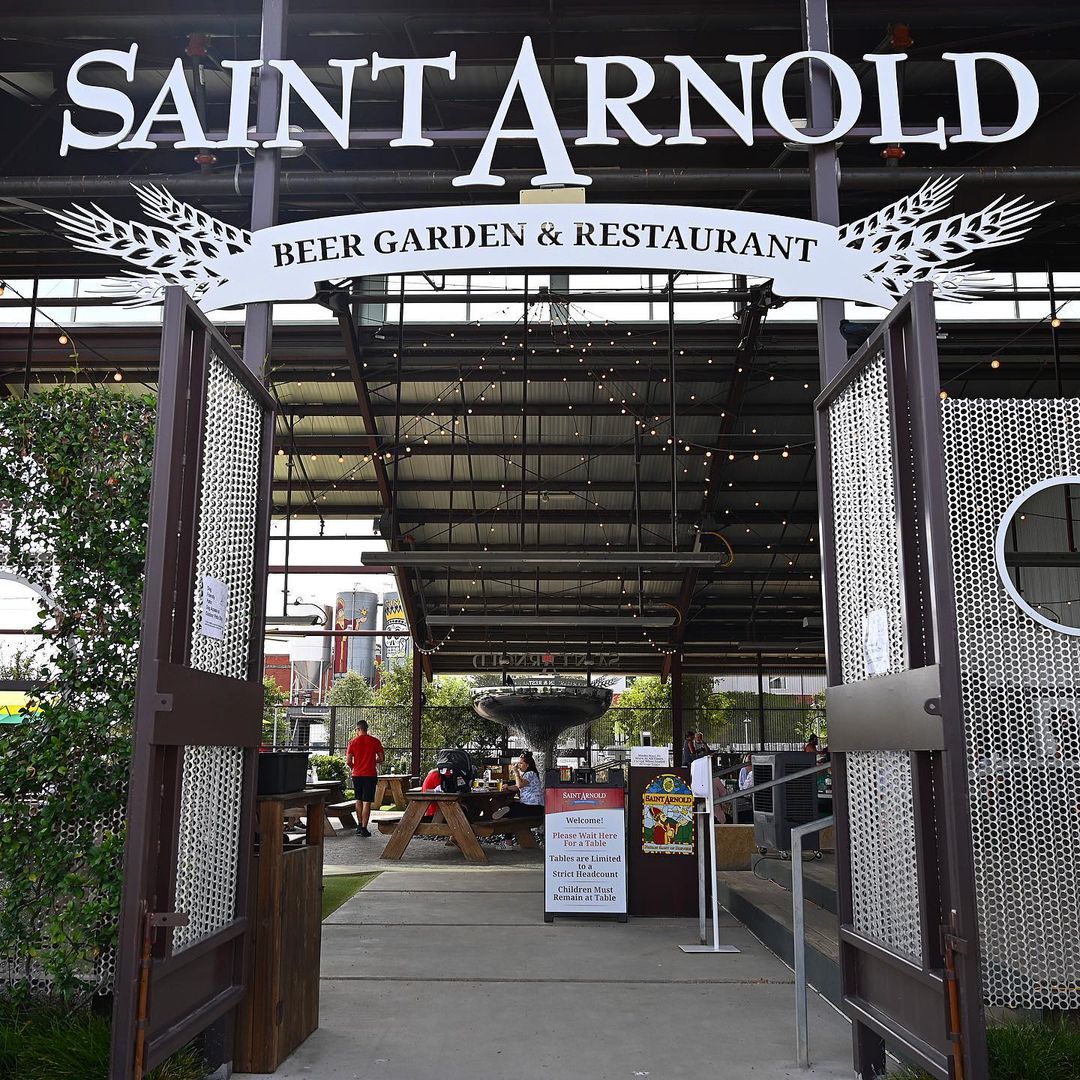 Established in 1994, Saint Arnold Brewing Company has the honor of being Texas’s oldest craft brewery. The 20,000 square foot beer garden comes complete with fabulous views of downtown, outstanding culinary options, and an atmosphere like no other. It was the leadership at Saint Arnolds that led the process to made microbreweries possible in Texas, and they obviously take their craft very seriously. Located in a series of cathedral-style buildings, each featuring a mural by a local artist, there is no place like Saint Arnold Brewing Company anywhere. Highlight brews include Fancy Lawnmower German-Style Kölsch and Art Car IPA. Don’t miss the unique art cars installation for a fabulous photo op! 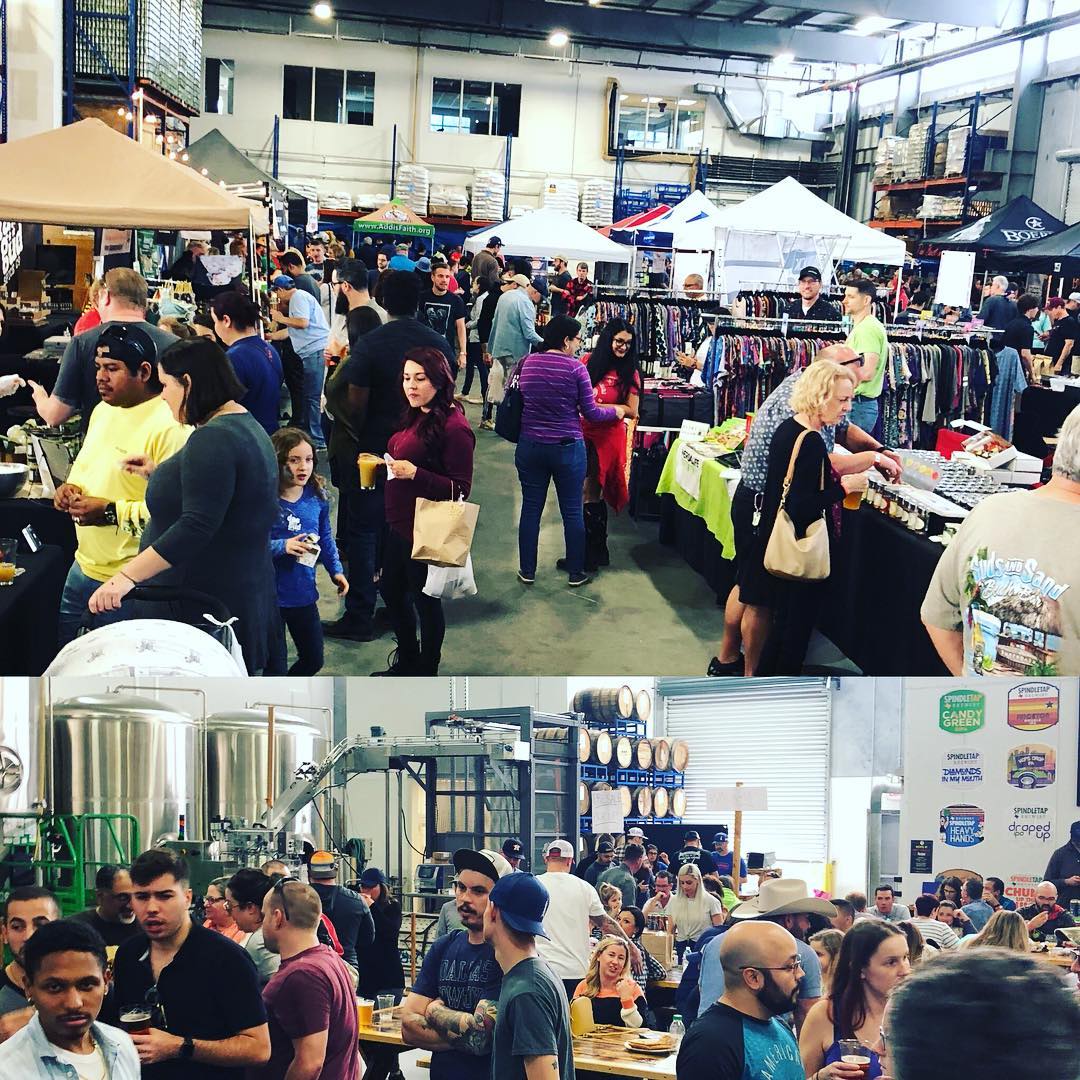 With offerings like Houston Haze, an unfiltered IPA, Black Gold, a coffee-based imperial stout, and other unique brews, Spindletap Brewery is the place to be for beer lovers. Since 2015, Spindletap has been serving up suds and fun. The enormous outdoor space offers a basketball court as well as a Frisbee golf course for patrons. Spindletap specializes in craft brews that pay homage to the history and culture of Houston. 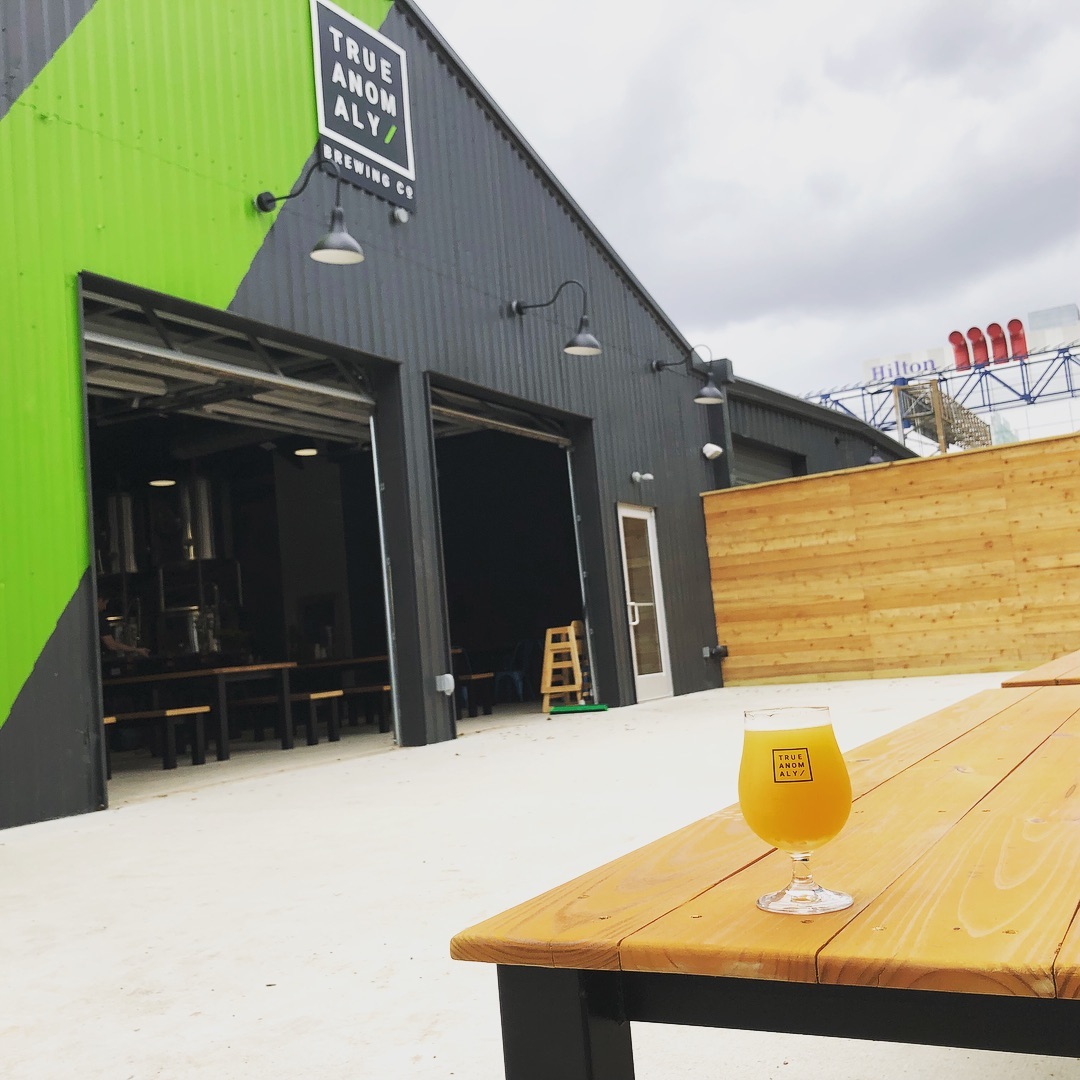 Founded in 2019 by a group of NASA employees with a genuine love of beer, the True Anomaly Brewing Co. lives up to its name. With a strong focus on European style sour ales, there is sure to be a unique flavor guaranteed to satisfy even the most discerning of tastes. Located in EaDo. 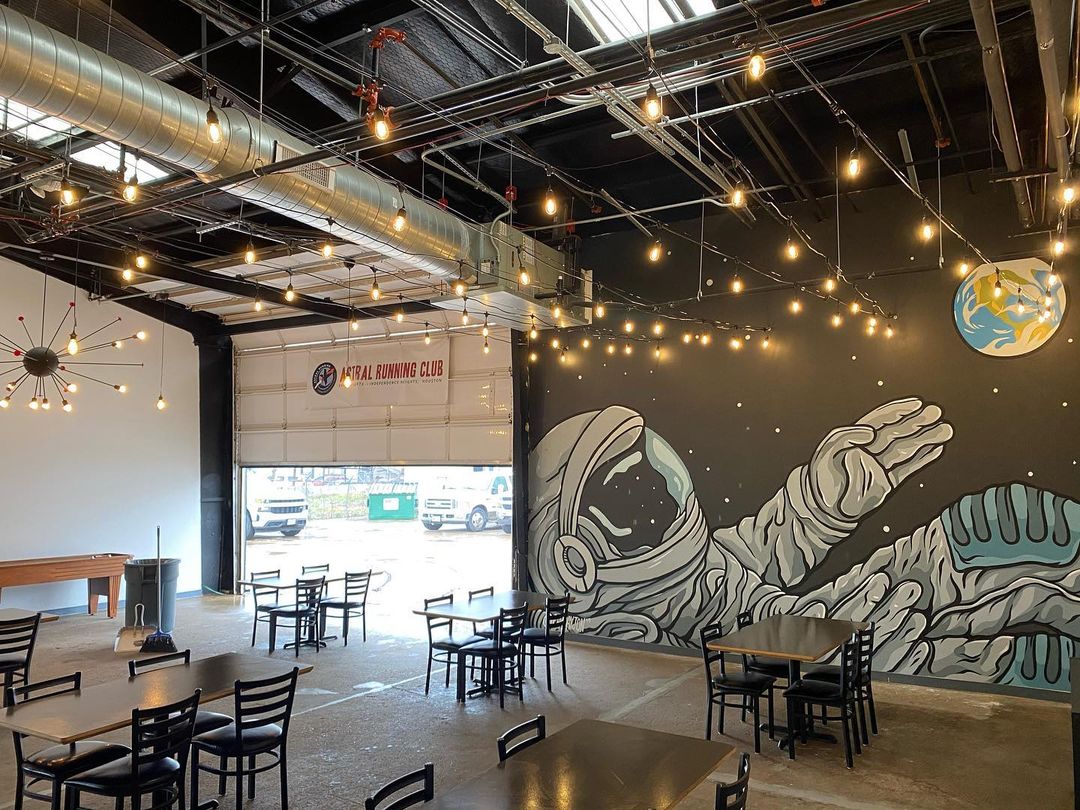 The H-Town beer scene is extensive to say the very least. While there are some locations that claim an undeniable rank among the top stops, don’t underestimate those that are flying a bit under the radar. If you fancy yourself a craft brew aficionado, don’t let the party stop with the most popular destinations. Keep the Houston beer flowing at these worthy breweries on our “runner-up” list and party like a true Houstonian! 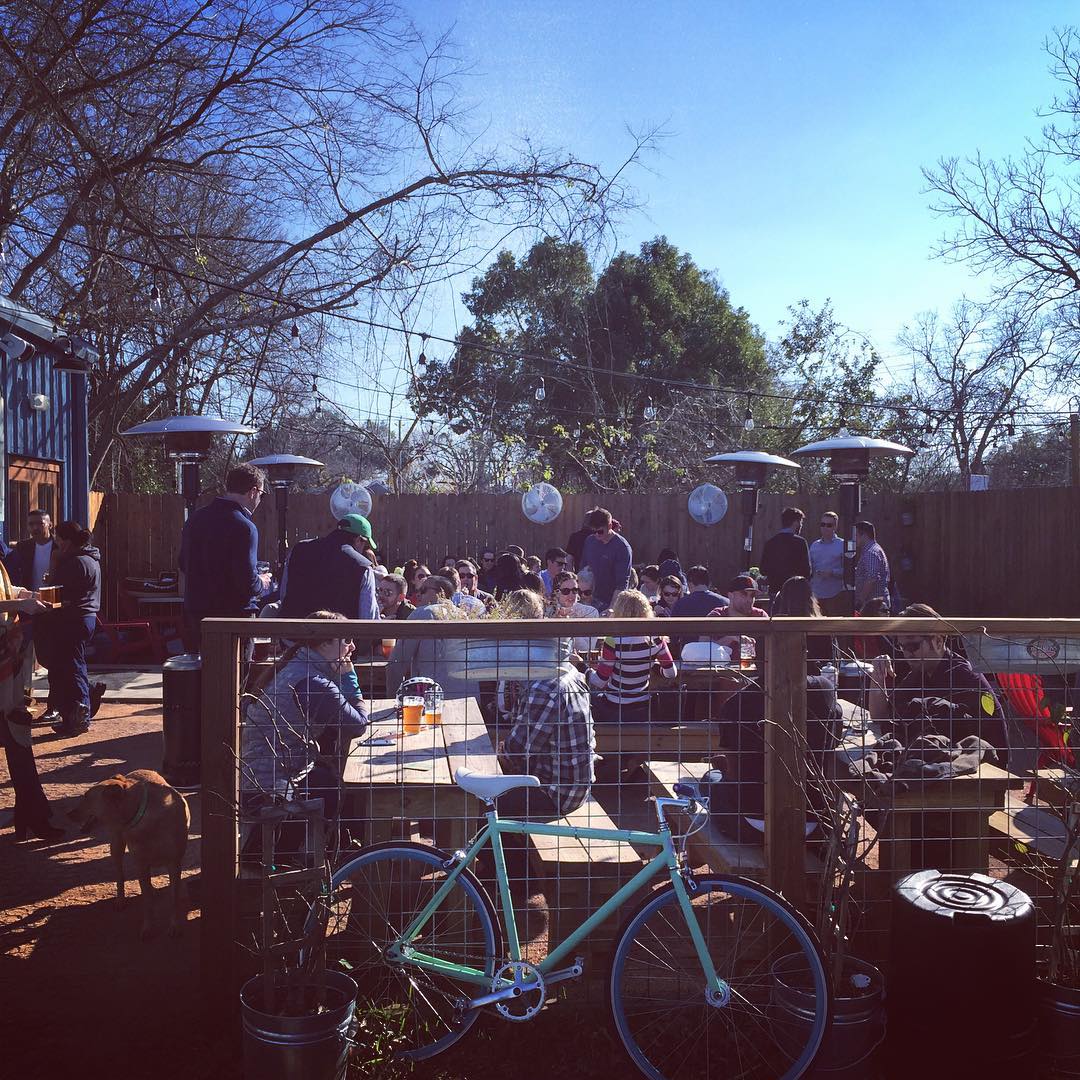 Spread the suds-love around and make it a social affair while learning about the Houston beer scene from the locals who know just where to go!