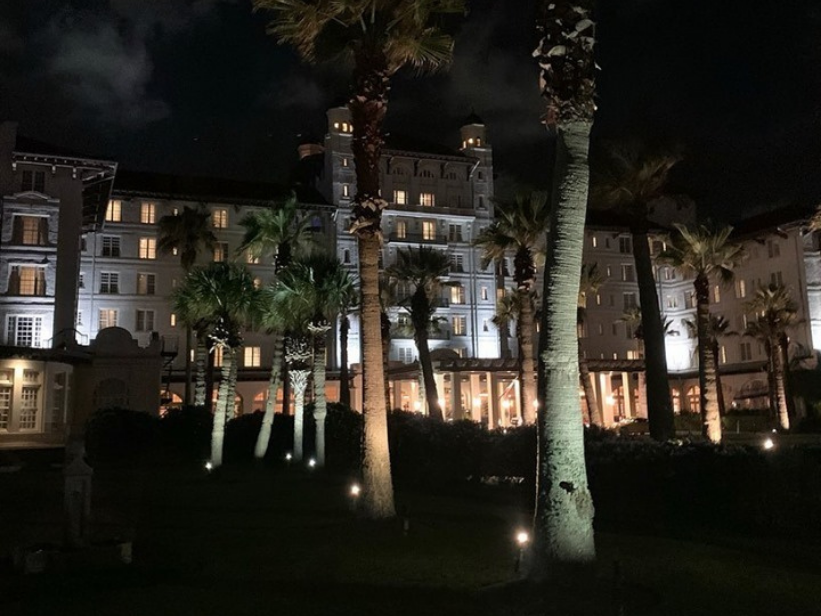 The Most Haunted Places in Galveston

When you think of haunted places, New Orleans, Salem, and Savannah often come to mind. However, have you heard of the cemetery with its own beach? It’s one of the well-known attractions in the island city of Galveston, Texas. Imagine being stuck on an island filled with haunted and mysterious places? Spooky.

Before the devastating hurricane in 1900, the island was a central hub of trade and commerce in Texas. The Great Galveston Hurricane decimated the city and took thousands of lives. Add in the island’s history of pirates, the pandemic of 1918, along with horror stories from the city’s past medical industry, and you have everything you need for some genuinely creepy sites.

If you think you’re brave enough to experience the infamously haunted Galveston, here are the top scary places to put at the top of your must-see list.

Galveston Island is known for its beaches, seawall, and great food. It draws tourists in from around the world. There is something else that brings visitors to the island, its storied haunted history.

The historic 108-year-old hotel sits across the street from the beach. For over a century, guests have spent the night in luxury in one of the posh hotel rooms. The basement is home to an eclectic museum, highlighting the hotel’s past. While the small museum is fascinating, you need to book a room on the hotel’s west side. If you’re lucky, you’ll catch a glimpse of Audra’s spirit.

Island lore recants the tragic story of Audra and her lost love. Engaged to a mariner in the 1950’s who never returned from a sea voyage, Audra prowled the western turret watching the sea for his return. Stricken with grief, she was eventually found hanging from the turret.

Her ghost isn’t the only one visitors report seeing. Historical figures and Victorian society also make appearances with the Ghost Bride.

The hotel is open for guest and dinner reservations throughout the year. 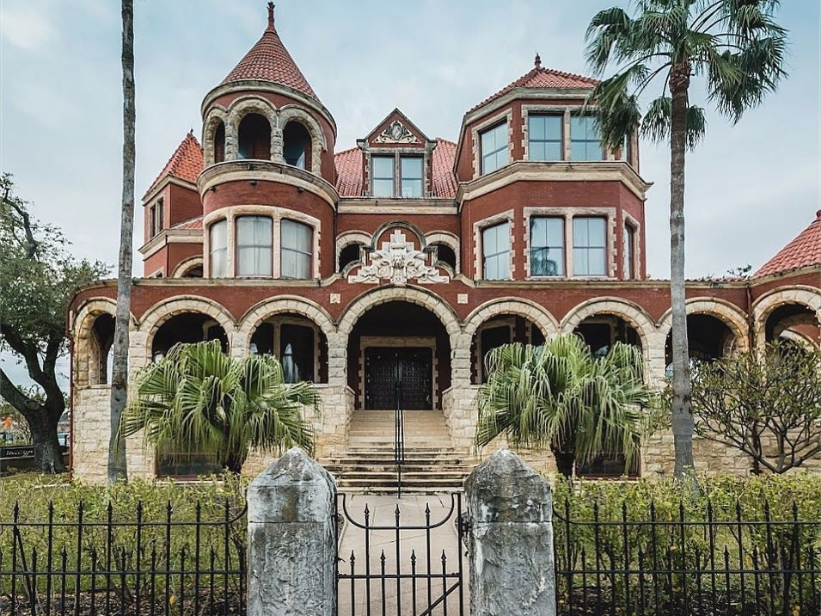 The Moody name is well-known in Galveston. Moody Gardens is a famous landmark and tourist attraction. The Moody Mansion has a tragic history that many believe contributes to its spooky reputation. Visitors report hearing voices and footsteps throughout the house. It’s also not uncommon for strange images to show up in photographs. Even though the Mansion only had one occupant, it seems that other spirits have decided to make it home.

You can visit Moody Mansion from 10 a.m. to 5 p.m., Monday through Friday. Ticket sales stop at 4 p.m. Admission is free to children and students up to 17. Tickets are $15 for adults. 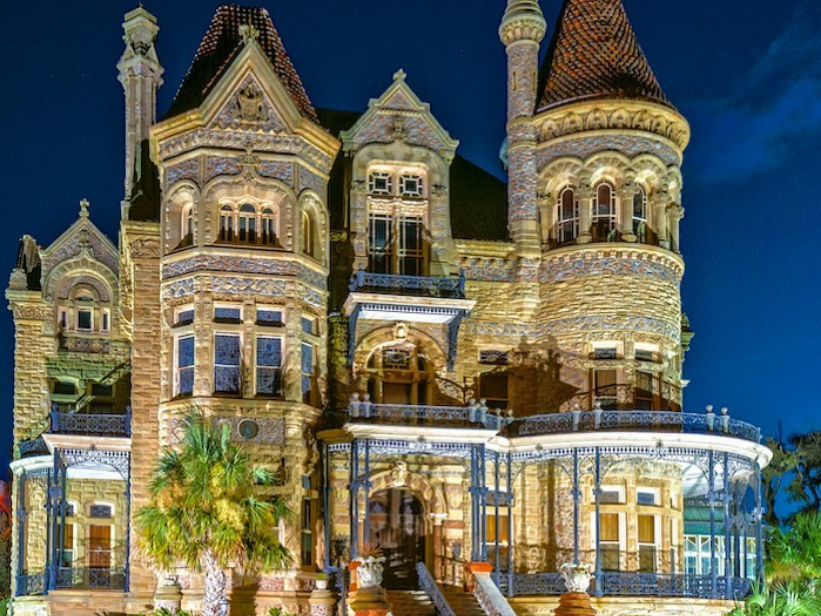 The iconic Galveston mansion is hard to miss. It is a spectacular and eerie sit with its mix of architectural elements. Walter Gresham built the extravagant Mansion in 1892, where he lived with his wife and nine children. It was a place of safety during the 1900 hurricane and remained the Gresham home until 1922.

With over 19,000 sq ft of indoor space, there’s plenty of room for ghosts to move around. Walter Gresham and his wife Josephine are said to still reside at home. When spotted, Walter is frequently pacing the halls, especially during hurricanes. Josephine enjoys moving her card collection box around. Don’t be surprised if you leave the box upstairs, only to find it downstairs in the drawing-room.

Bishop’s Palace is open from 10 a.m. to 5 p.m., Wednesday through Monday. Admission for children is free, youths ages 6-18 pay $9, and adults pay $14. The final tickets are sold one hour before closing. 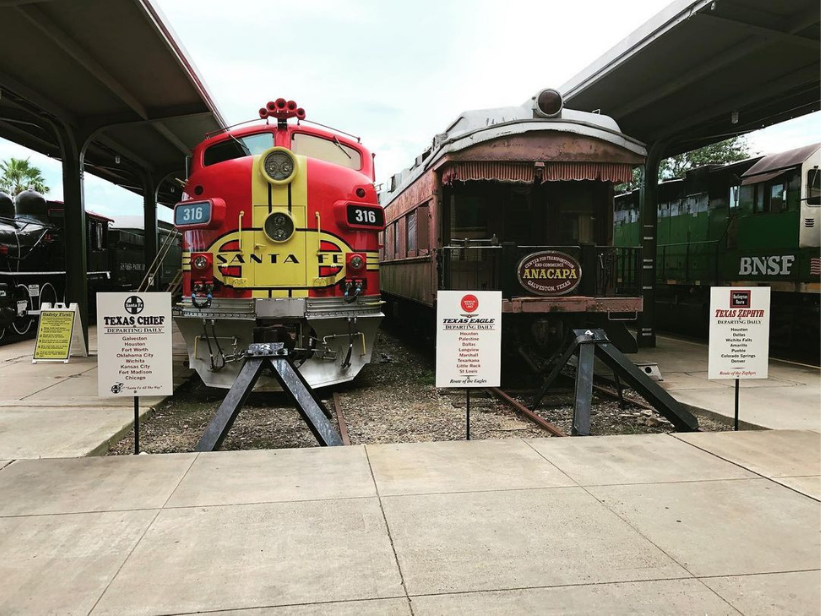 A tour of haunted Galveston isn’t complete without stopping at the railroad museum. Founded by the Moody Family, it’s not a visit for the faint-hearted. It’s filled with gruesome stories that include decapitation and suicide. Even the statues in the museum are eerily creepy decked out in dark Victorian clothing.

During your haunted Galveston tour of the railroad museum, you may catch a glimpse of William Watson performing tricks on the platform or train tracks. Don’t worry, his ghost still has his head. The museum’s fourth floor has its spooky history. Formerly reserved for psychiatric patients, a young woman committed suicide by throwing herself out of the 4th bathroom window in the early 1980s. Sometimes you can see her sitting on the window ledge or aimlessly roaming the halls.

The museum is open Monday thru Sunday from 10 a.m. to 5 pm. Admission is free for active and retired armed services members, along with kids two years old and younger. Children ages six to 12 pay a $6 entry fee, seniors ages 65+ can purchase tickets for $9, and adults are $12. 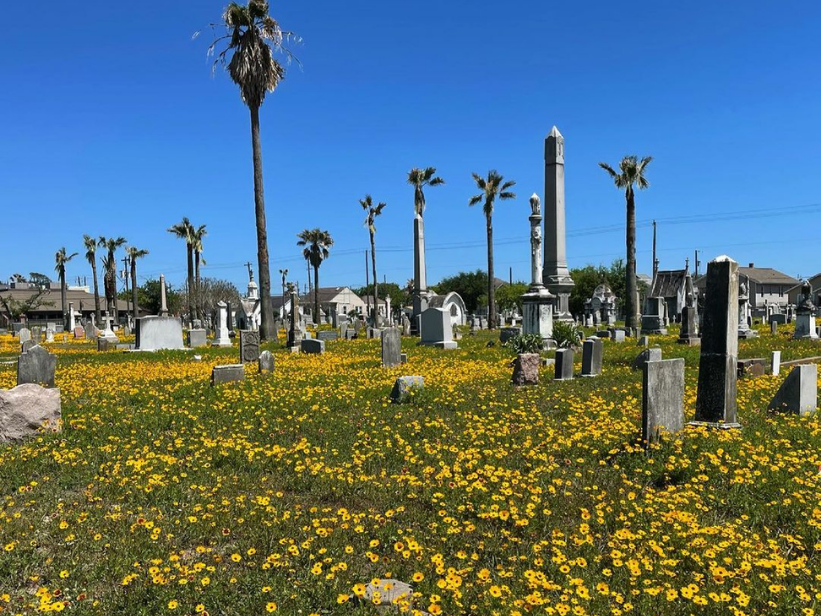 Cemeteries are spooky enough without the assurance the resting for the dead is truly haunted. Ghosts and paranormal activity occupy the Old City Cemetery. Even during the day, there’s no guarantee you won’t sense a ghostly presence. Add in the gothic-style mausoleums and gravestones, and the cemetery is the perfect backdrop for a Hitchcock film.

Galveston’s Old City Cemetery is over 200 years old, and you never know whose spirit is wandering among the marble and granite tombs. Pirates, murders, madams, and even cannibals are resting beneath the ground.

The cemetery is open to the public seven days a week. The gates close at dusk, except for haunted Galveston tour groups. 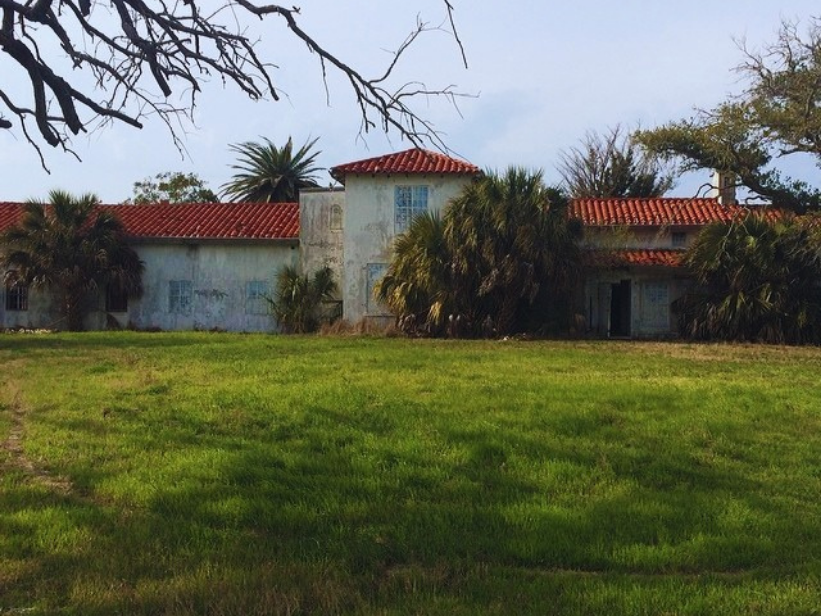 Pirates, murderers, and cannibals find their final resting place at the Old City Cemetery, but that doesn’t mean it’s where they stay. Stewart’s Mansion and the surrounding grounds have seen more bloodshed than most homes. It’s where the infamous French pirate Jean Lafitte massacred the Karankawa tribe. You also can’t forget the legend of the sinister proprietor that killed his family and buried their bodies in the mansion walls.

Adding to its scare factor is that the Mansion remained abandoned for years until 2018 when it got a facelift and new owners. Although the house and grounds aren’t open to the public, you may see a pirate, voodoo queen, or other shadowy apparition on your next nightly stroll. 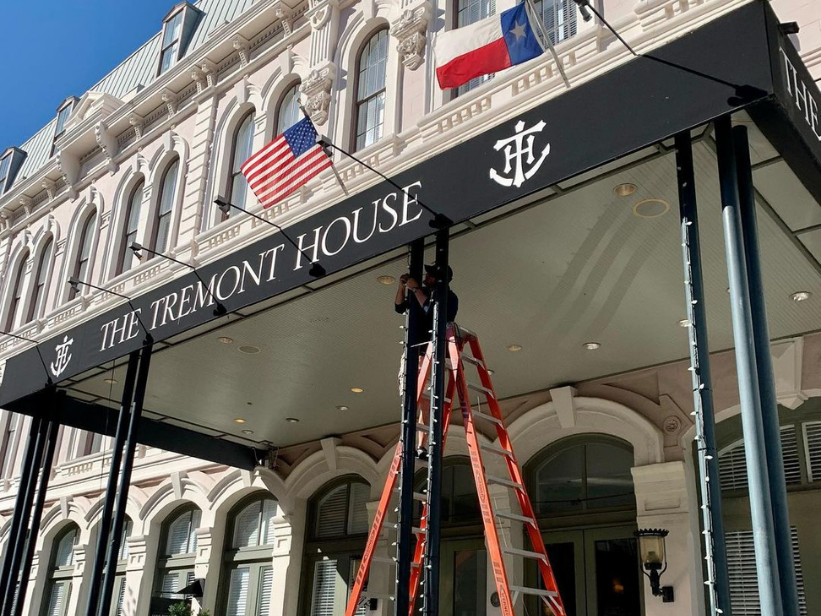 Built before the Texas war for independence, there is a lot of history in the Tremont House Hotel. The four-star establishment was destroyed twice, once by fire and the other time by the 1900 Galveston hurricane. During the Civil War, both Union and Confederate forces stayed here, and one soldier never left.

Sam, also known as The Lucky Man, is another ghost of the Tremont, murdered in his sleep for his gambling winnings. Young Jimmy is a frequent apparition at the hotel, along with victims from the 1900 hurricane. You never know who you’ll see roaming the halls during the day or night at this historic and spooky hotel.

The hotel is open year-round for reservations. 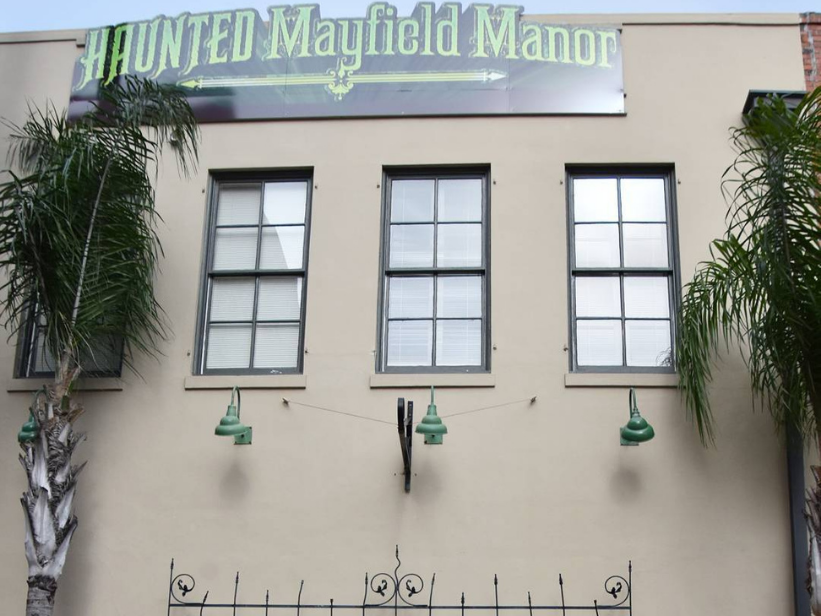 You can experience haunted Galveston at its spookiest at the Mayfield Manor. The Mansion was designed for Universal Studios by Leonard Pickel. It may be a tourist attraction but considering there is an age limit for admittance, Mayfield Manor is not for anyone who scares easily.

The story begins in the late 1800s and early 1900s. Dr. Horace Mayfield was a respected physician with a fascination with mental illness. Soon he began experimenting on his patients in secret with often horrifying results. His research and the devastating 1900 hurricane led to the creation of a makeshift morgue in the house.

It may not be a true story, but it’s easy to believe considering the rest of Galveston’s haunted history.

Visitors to Mayfield Manor must be ages 11 and older. Tickets are $10 per person, and hours are 12 p.m. to 6 p.m., Wednesday through Sunday.

Take a Tour of Haunted Galveston

Galveston Island has a long and often tragic history filled with cannibals, murderers, pirates, and other apparitions that aren’t ready to move on. Some spirits are benign, while others will have you running for the nearest door.

Whether you decide to spend the night in one of the island’s haunted hotels or get your courage up to visit the Old City Cemetery after sunset, there’s a chance you’ll see something that makes your hair stand on end.

A haunted Galveston tour is a great way to get in all of the city’s spooky sites. When you are wandering through some of the haunted places, you’ll be glad to be part of a tour group—some of these haunted places you may not want to go alone.