Often referred to as The Coney Island of the South, Galveston Island Historic Pleasure Pier is a premier family-friendly entertainment complex and an iconic landmark along the Gulf Coast shores of Texas! This mammoth pier extends 1,130 feet out over the Gulf of Mexico waters, hosting midway games, live music and entertainment, restaurants, shops, and 16 amusement rides. The Pleasure Pier has undergone an array of changes, and overcome its share of challenges, since its original inception in 1943, when it served to provide much needed respite, levity, and entertainment for United States troops and sunshine-seeking tourists during World War II.

The History Of The Pier 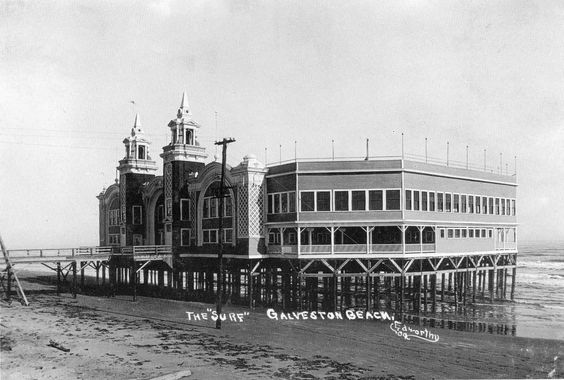 Even before the rise of the original was home to a beachfront theme park known as Electric Park, just a couple of blocks away from the current Pleasure Pier. Electric Park opened in 1905 with a theater, aerial swing, roller coasters, games, and fireworks displays, remaining a prominent fixture and fun spot on the coast until 1915. Electric Park helped to set the precedent for what was to come – the original Pleasure Pier!

In 1943, the original Pleasure Pier opened to the public at its current location on 25th Street at Seawall Boulevard. The pier offered entertainment, rides, an arcade, ballrooms, fishing, an aquarium, and outdoor movies on the beach until 1961 when it sustained heavy damage from Hurricane Carla, resulting in its closure and an ambitious rebuild.

The development of the current Pleasure Pier included one of the very first over-the-water hotels, The Flagship Hotel, erected in 1965. The Flagship Hotel offered spectacular views and easy access to the area’s top attractions until it suffered extensive storm damage from Hurricane Ike, causing permanent shutdown in 2008.

The current version of the Galveston Island Historic Pleasure Pier was rebuilt by Landry’s Inc. in the same location where the original complex once stood, opening just in time for the summer season in 2012. Today’s Pleasure Pier is a beachfront amusement park with family-friendly attractions, games, food venues, and retail shops, including a 5D Theater Ride, Texas’ first Bubba Gump Shrimp Co., and the Texas Star Flyer – the tallest swing ride in the Lone Star State. 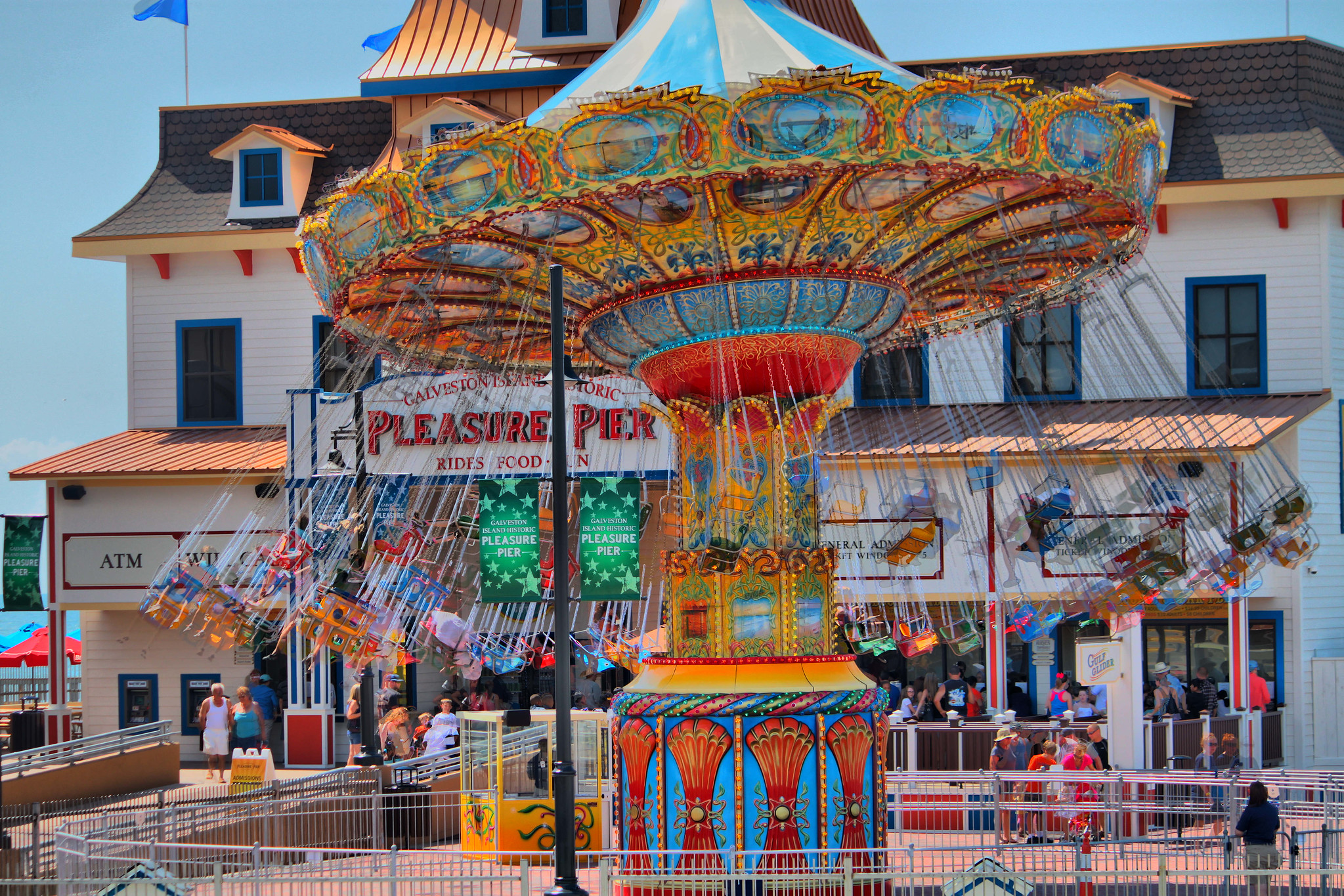 Attractions at the Pleasure Pier range from family-friendly experiences like the Texas Teacups, Frog Hopper, and Carousel to heart-pumping thrill rides like the Iron Shark Rollercoaster, The Cyclone, and the 100-foot tall Galaxy Wheel ferris wheel. Many of the rides are positioned over the water, providing stunning views over the Gulf of Mexico and Galveston Beach.

The best way to take advantage of this epic Gulf Coast destination is with the All Day Ride Pass. This pass includes a wristband that allows entrance to the Pier and unlimited rides throughout the day. At $26.99 for guests 48″ and over, and $19.99 for guests under 48″ tall, this is the optimal way to experience all of the waterfront fun that the pier has to offer. If you opt to purchase individual ride tickets, a Pier Walk-On Pass ($10 – 48″ and over, $8 – 48″ or less, and $7 – senior) will be required. Single-ride tickets range from $4-$6 each. Weekend Passes are also available, providing access to Pleasure Pier, Downtown Aquarium Houston, and Kemah Boardwalk for just $39.99!

Galveston Island is less than an hour’s drive from Houston. To find the Pleasure Pier on Galveston Island, take I-45 South until it turns into Broadway Avenue. Continue on Broadway, turning right on 25th Street. The Pier will be straight ahead! You can also let your GPS lead the way from the map link below! Parking is very limited in the area. Pleasure Pier’s premium paid parking lot is directly across from the Pier next to Fish Tales restaurant. There is additional parking along the seawall.